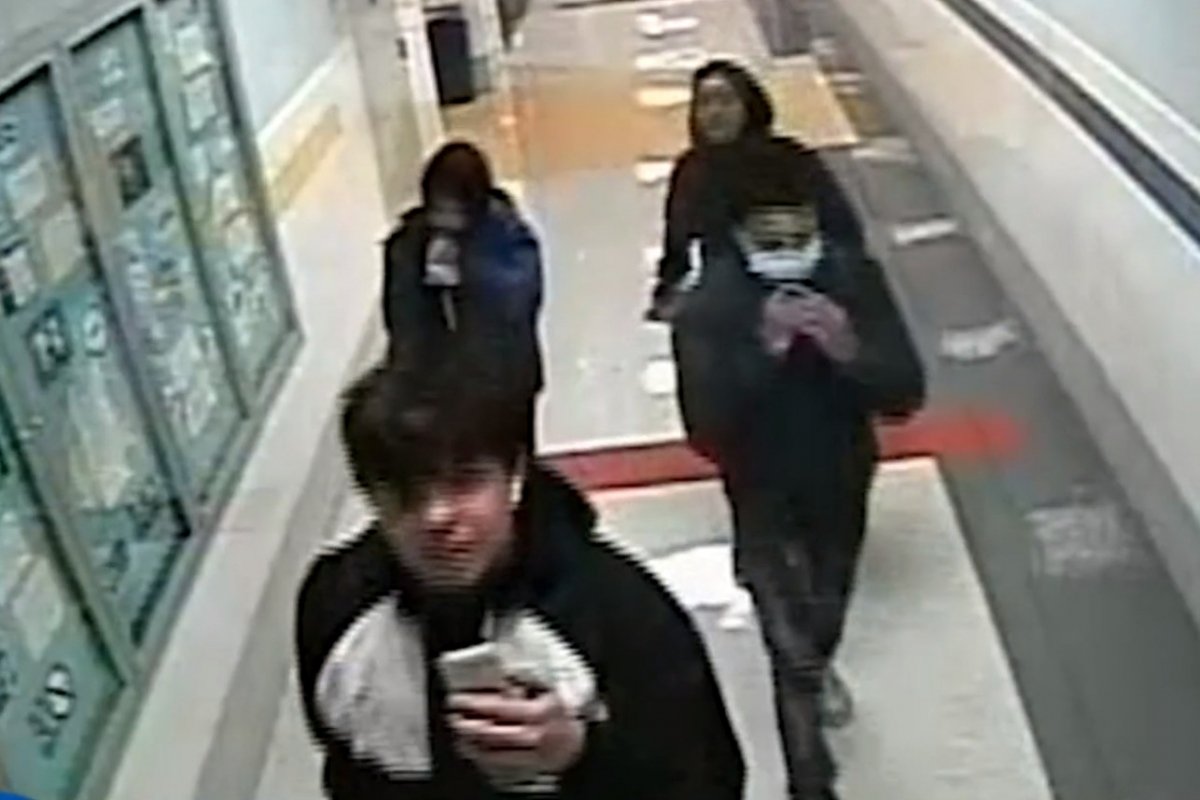 NEW YORK (CBSNewYork) — Police are searching for a group of teens accused of burglarizing a school in the Bronx.

It happened at the Mott Haven Educational Campus in the Concourse section.

Police say four individuals came to the school around 9 p.m. on April 14 and tried to use a sledgehammer to break the school’s metal window security bars, but they were unsuccessful.

Police want to identify four individuals in connection to a burglary in the Bronx. (Credit: NYPD Crime Stoppers)

Then, on April 20 around 11 p.m., four individuals used a sledgehammer to break a window and get inside the school.

Surveillance video shows the suspects walking in the halls.

They then allegedly grabbed nine Apple computers and took off.

Police are searching for three boys and a girl, all believed to be 15-18 years old.

Anyone who has information regarding this incident is asked to call the NYPD’s Crime Stoppers Hotline at 1-800-577-8477 or for Spanish, 1-888-577-4782. Tips can also be sent to the NYPDTips Twitter account or submitted online at NYPDCrimeStoppers.com.