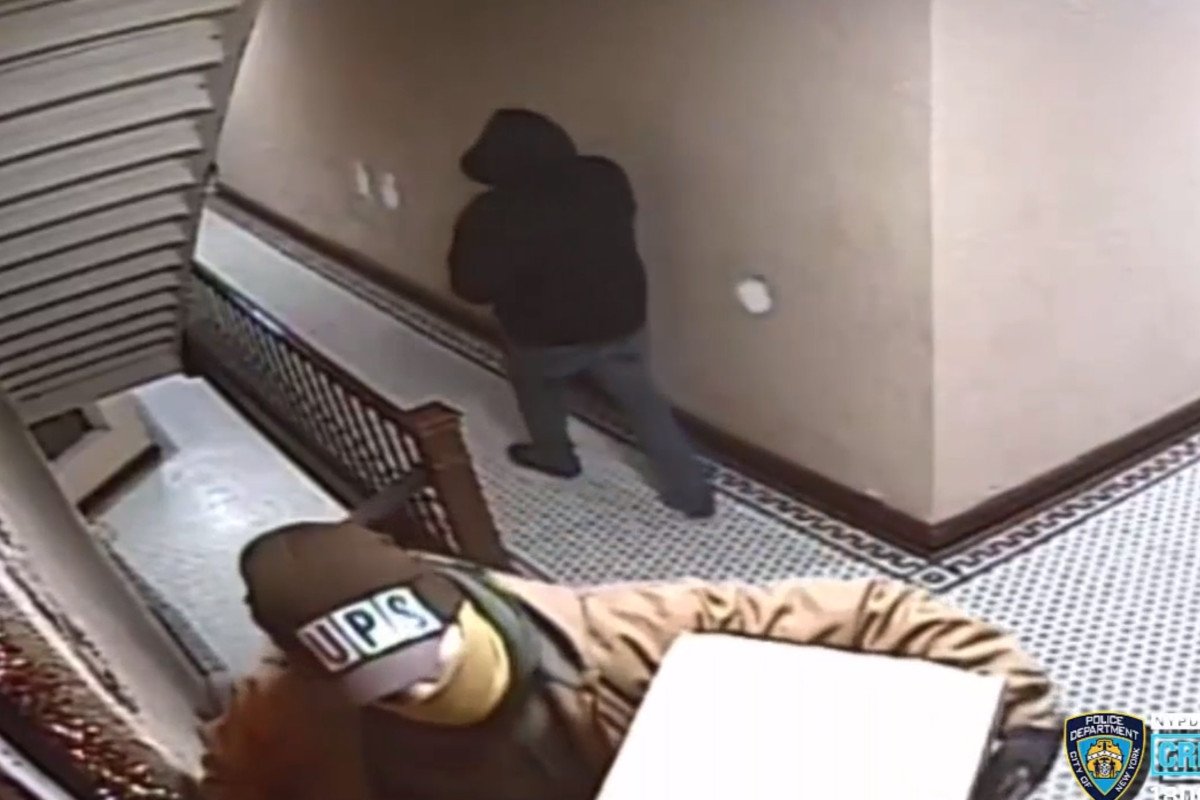 NEW YORK - The NYPD wants to find two brazen armed robbers who forced an elderly couple and their grandchildren to zip-tie themselves before taking off with valuables including a piggy bank in the Morris Heights section of the Bronx.

On Monday at about 5 p.m., a man wearing a brown winter hat with UPS on the front when he knocked on the door to the couple's apartment on Billingsley Terrace. A 60-year-old woman opened the door as the suspect pushed his way in, according to police. Another suspect followed.

The armed suspects then demanded the 60-year-old woman and her 63-year-old husband, along with an 8-year-old grandson and a six-year-old granddaughter, to tie themselves with zip-ties, police added.
The suspects stole two iPhones, an iPad, personal documents, a piggy bank, and more than $7,500 in cash from a safe.

The victims were not hurt.
The phony UPS worker was described by cops as a male with a light complexion and a medium build. He was last seen wearing a brown winter hat with "UPS" on the front, a brown face mask, a brown jacket, a green hooded sweatshirt, black pants, and black shoes.

The second suspect was described as a male with a dark complexion and a medium build. He was last seen wearing a black facemask, a black hooded sweatshirt, blue jeans, and black shoes.

Anyone with information in regard to this incident is asked to call the NYPD's Crime Stoppers Hotline at 1-800-577-TIPS (8477) . The public can also submit their tips by logging onto the CrimeStoppers website at https://crimestoppers.nypdonline.org/ or on Twitter @NYPDTips. All calls are strictly confidential, according to police.

More in this category: « Thief steals $72,000 in cash from grocery store in Queens Burglary Suspect Caught On Video Inside Bronx Apartment »