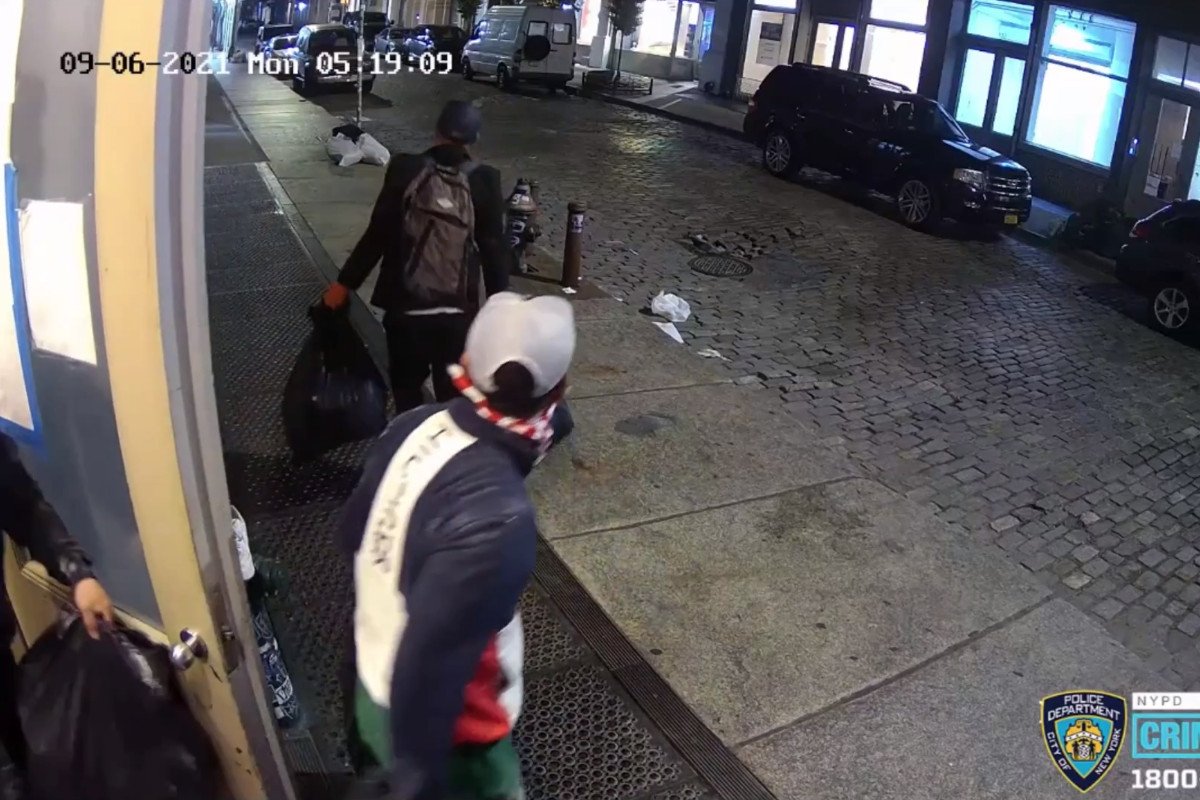 A trio of crooks stole $385,000 in designer handbags and clothing from a Soho boutique in a brazen overnight heist earlier this month, police said.

The still-at-large suspects ripped off What Goes Around Comes Around on Wooster Street near Spring Street in the early morning hours of Sept. 6, according to the NYPD.

The thieves first made their way into an adjacent store at about 3 a.m. and smashed open two walls to gain access to the high-end store, police said.

They returned to the boutique two hours later and hauled the merchandise in black garbage bags out of the boutique’s front door, according to footage of the robbery.

The bags were stuffed with a variety of designer handbags, including Chanel, Louis Vuitton, Gucci and Prada, according to police. Dior, Hermes, Moschino and Balenciaga clothing was also taken.

Caught On Video: Burglary Suspect Breaks Into Popeyes In The Bronx

NEW YORK (CBSNewYork) — Police are searching for a burglar seen on video breaking into a Popeyes restaurant in the Bronx.

It happened around 6 a.m. on October 10 at 3rd Avenue and East 148th Street in Mott Haven. READ MORE:Bullet Believed To Have Been Fired By Alec Baldwin Recovered From Film Director's Shoulder

Surveillance video shows the suspect use a large stone to break the front window and climb inside. He can be seen crawling over the counter and picking up a safe.

Anyone with information about the burglar is asked to call the NYPD’s Crime Stoppers Hotline at 1-800-577-8477 or for Spanish, 1-888-577-4782. Tips can also be sent to the NYPDTips Twitter account or submitted online at NYPDCrimeStoppers.com. 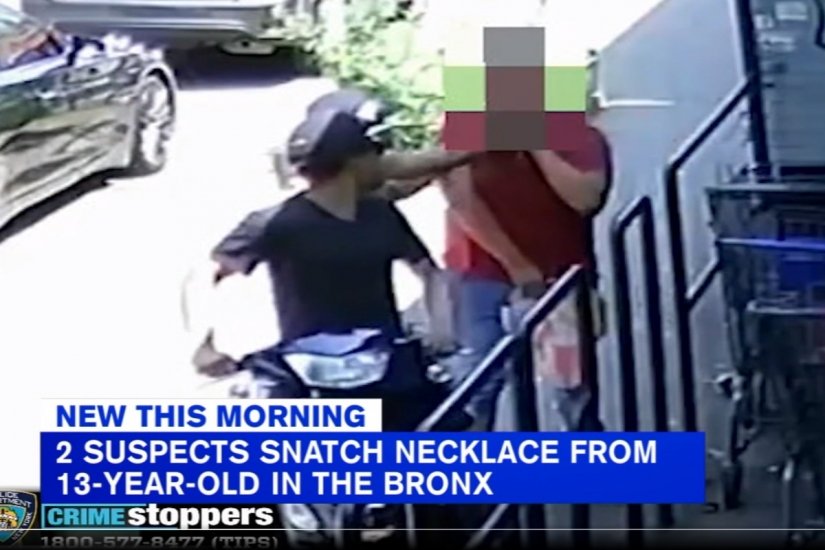 SOUNDVIEW, Bronx (WABC) -- A 13-year-old boy was robbed by two men on scooters in the Bronx.

It happened on Thursday, August 12 at 1:20 p.m. on Westchester Avenue in the Soundview section.

Surveillance video shows the two men ride up to the boy and then snatch his necklace right off of him.

The robbers then took off eastbound on Westchester Avenue.

Fortunately, the boy was not hurt. 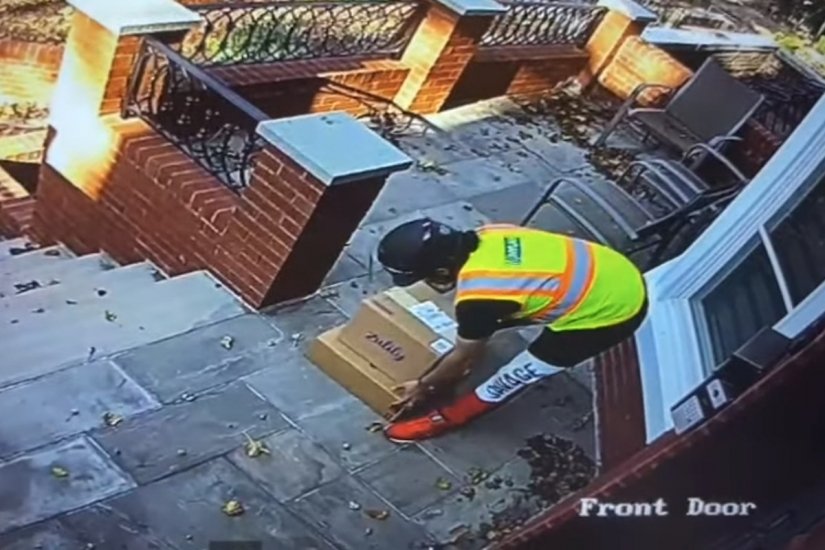 No less than two homes were targeted on Carroll Street by the porch pirate around 8:00am.

The thief can be seen on surveillance video as he pulls up on the sidewalk in front of a residence that had just received packages, appearing to be on his phone as he makes his way onto the porch and snatches whatever packages had just been left. 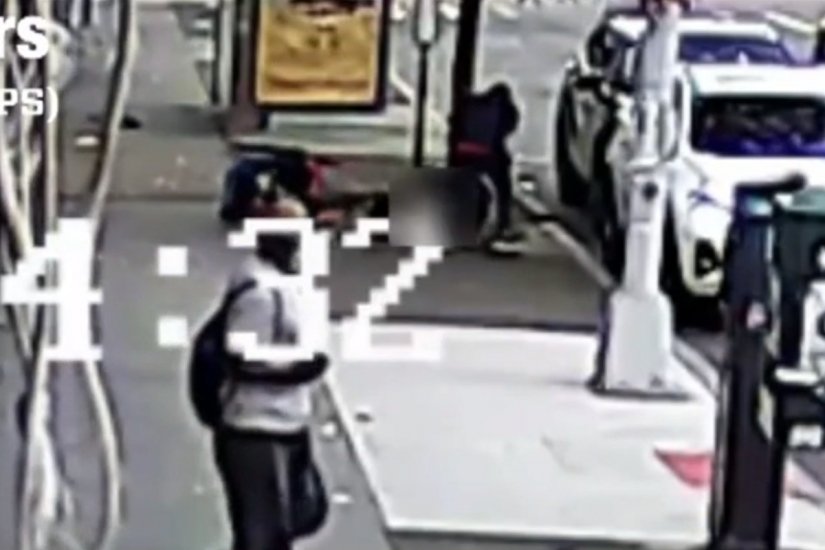 NEW YORK (CBSNewYork) — Police are looking for two men they say robbed a man in a wheelchair over the weekend in the Bronx.

READ MORE:Able Groupe Recalls Some Infant Formulas Over Not Meeting FDA Requirements, Insufficient Iron
Police said the suspect stole the 36-year-old victim’s cellphone and $100, then pulled him out of his chair and hit him several times.

READ MORE:NJ COVID: Indoor Masks Recommended In All 21 Counties As Transmission Rates Climb
The victim suffered a cut to his head.

MORE NEWS:Comedians Dave Chappelle, Jon Stewart, Pete Davidson & More Team Up For 9/11 20-Year Anniversary Show
Anyone with information about his attackers is asked to call the NYPD’s Crime Stoppers Hotline at 1-800-577-8477 or for Spanish, 1-888-577-4782. Tips can also be sent to the NYPDTips Twitter account or submitted online at NYPDCrimeStoppers.com. 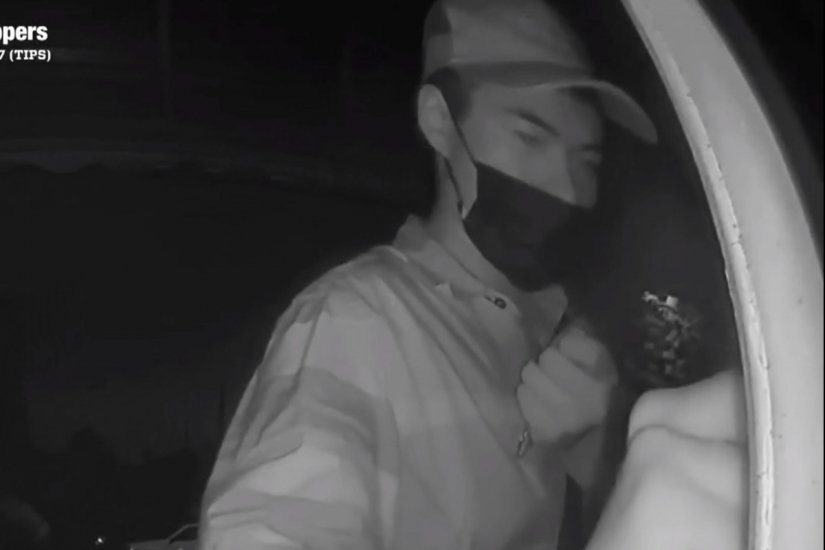 NEW YORK (CBSNewYork) — The NYPD is trying to identify a man suspected in two burglary incidents in Brooklyn.

The first was reported on July 13.

READ MORE:Reminder For Fall: Monday Is Last Day To Get Vaccinated For NYC Public School Students

According to police, it happened at a home near 11th Avenue and 71st street around 2:30 a.m. Police said the suspect tried to force the front door open, but couldn’t. He fled the scene.

The same man allegedly broke into a home in the same area around 2 a.m. on July 31. He forced the door open and stole a 45-year-old man’s mail, police said.

The stolen mail was eventually recovered, according to police.

EAST NEW YORK, Brooklyn (WABC) -- Police are searching for the man who viciously beat and robbed a grandfather riding a Citi Bike in Brooklyn.

It happened on Saturday, July 24 at 9:05 a.m. near Pitkin Avenue and Barbey Street in East New York.

The 68-year-old man was riding his bike when the attacker approached him. He started to touch the victim's pockets and demand his belongings.

The victim tried to fight back until the suspect began to punch and kick him repeatedly in the head and body.

After he was beaten too badly to fight back, the robber then pilfered through the victim's pockets taking his phone and silver necklace.

The victim was taken to an area hospital and was treated for a broken wrist, broken nose, and cuts and scrapes throughout his body. He's currently listed in stable condition.

Now the victim's daughter is making a desperate plea for the public's help.

"I ask anybody if you know something please say something," she said. "Picking on the elderly...once you knocked him down, that was enough, did you have to continue doing it, continue kicking him?"

"I was in the back making sandwiches, the lady said get your gun, but I don't have no gun," Gonzalez said. "When I went outside, he was on the floor with blood."

Gonzalez said he tended to the victim after the suspect got away on Pitkin Avenue.

"I just took him and put alcohol on his face , we cleaned everything and the police came right away," he said.

The victim, who is known in the neighborhood, is recovering with family and said to be a quiet and humble guy.

His family has a message for the suspect:

NEW YORK (CBSNewYork) – The NYPD is searching for the suspect in two church burglaries in Queens. The first one happened on July 9 at 8 a.m. Police say the suspect broke into the Chongsyn Korean Church on Barclay Avenue in Murray Hill. They say he forced open the rear door. Once inside, they say he stole a wallet with $50 in it, eyeglasses, and a portable charger.

The second incident took place on July 15 just before 5 a.m. at the Pure Presbyterian NY Church on 32nd Avenue. Police say he forced open a rear window, and once inside he stole $100, a cell phone, headphones, a portable hard drive and an Apple Airpod case.

NEW YORK (CBSNewYork) — Police are trying to identify a group of suspects wanted in connection to a burglary in Staten Island.

It happened around 4:30 a.m. Sunday at a home near George Street and Stephen Street in Tottenville.

READ MORE:Child Tax Credit: Monday Is Deadline To Opt Out Of Advance Monthly Payments
According to police, four suspects were able to get inside the home’s garage using a garage door opener that was inside an unlocked vehicle parked in the driveway.

READ MORE:Funeral Monday For Legendary Rapper Biz Markie
The suspects allegedly stole a pair of Ray Ban sunglasses worth about $160 before getting into a vehicle and driving off.

Police say they got away in a gray Hyundai Elantra with front passenger side damage and a license plate number W54FHW. According to police, the vehicle was reported stolen in Elizabeth, New Jersey, on May 14.

MORE NEWS:No Mask Mandate In NYC Though De Blasio 'Strongly Recommends' Wearing Them; Cuomo Announces MTA, Port Authority Workers Must Be Vaccinated By Labor Day Or Face Testing
Anyone who has information regarding this incident is asked to call the NYPD’s Crime Stoppers Hotline at 1-800-577-8477 or for Spanish, 1-888-577-4782. Tips can also be sent to the NYPDTips Twitter account or submitted online at NYPDCrimeStoppers.com.

Caught On Video: Suspects Try To Steal Delivery Worker’s Scooter In The Bronx

NEW YORK (CBSNewYork) – The NYPD wants your help identifying to suspects in a violent attempted scooter theft in the Bronx.

They targeted a food delivery worker. Police say the two suspects, who were riding on their own scooter, cut off the delivery worker, who was also riding a scooter. Surveillance video shows one of the two in the midst of an intense struggle in the street with the delivery worker. The two wrestle and eventually wind up down on the pavement. The other suspect then gets off the scooter, and walks over, but pedestrians intervene in the attack.

The two suspects drove off on their scooter, getting away with the delivery worker’s cell phone. They drove off eastbound on 177th Street and then southbound on Walton Avenue.

The victim suffered some scrapes but refused medical attention at the scene.