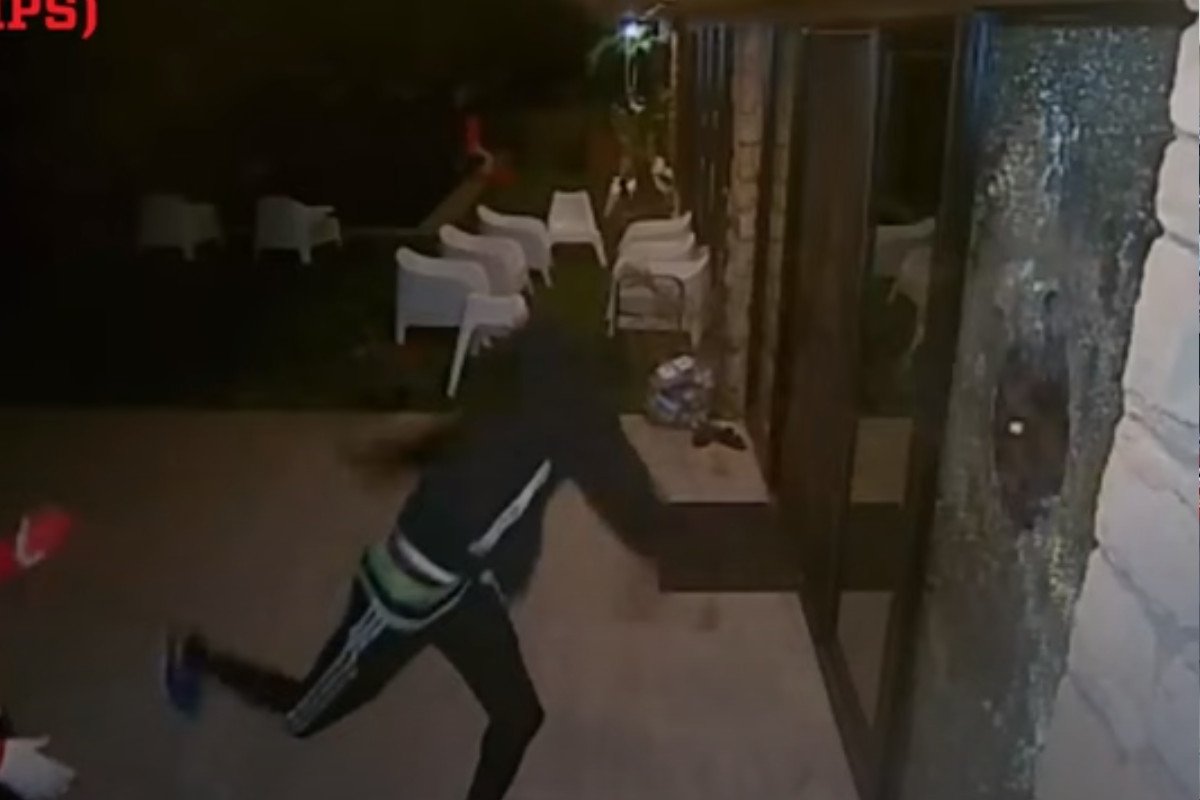 STATEN ISLAND, N.Y. — The NYPD is asking for the public’s help to find five males sought for questioning in connection with a string of terrifying burglaries where individuals tossed rocks to shatter glass windows and raid upscale Staten Island homes in the middle of the night.

The brazen burglaries and attempted heists were reported in affluent areas of the East and South shores of Staten Island. In some cases, the burglars tried to steal cars, police said, and in one incident in the pattern previously reported in the Advance/SILive.com, culprits drove away in a $400,000 Rolls-Royce sedan.
A shocking video released Wednesday by the NYPD shows five males standing outside a rear, sliding-glass door in a backyard on Todt Hill earlier this week. One of the individuals pitches a large stone into the door, shattering the glass. Four males enter the home through a large hole. The video forwards to show the same four individuals exiting through the hole and running away from the residence.

3 INCIDENTS JUNE 12
The police statement indicates that three incidents occurred in less than an hour on Sunday, June 12. In the first, at about 3:05 a.m. in Tottenville, two unidentified individuals opened a back gate and entered the backyard of a home in the vicinity of Ottavio Promenade and Page Avenue.
The individuals attempted to open the back door of the home, but it was locked, police said. They exited the backyard and fled in a white, four-door sedan.
A few minutes later, around 3:18 a.m., another incident was reported, this time in Prince’s Bay at a home in the vicinity of Hylan Boulevard and Indale Avenue.
Two unidentified individuals attempted to open a rear, sliding door when a female resident saw the would-be intruders and started screaming, police said. The individuals exited the location and fled in a white, four-door sedan. No injuries were reported.
A home in Richmond near Lighthouse Hill, in the vicinity of Saint George Road and Lighthouse Avenue, was targeted at about 3:55 a.m. when two unidentified individuals threw a rock through a first-floor window to enter the home, the police statement said.

Once inside, the individuals removed a set of car keys and drove away in a 2017 Rolls-Royce Dawn, according to police.
As previously reported in the Advance/SILive.com, the property owner in Richmond said he and other family members were home during the heist. He tracked down and recovered his own Rolls-Royce in Newark.
The family had been jolted awake by the sound of their home security alarm. Buzzing with adrenaline, the 38-year-old father — who asked to be referred to as John for the purpose of anonymity — went to investigate.
“I was downstairs within seconds while they were pulling out of the driveway,” said John, in an interview conducted through his family’s Ring doorbell. “Obviously [my family] is a little unnerved after everything that’s gone on.”
The morning of the incident, John also noticed a house window was smashed.
“They had to have seen the key because of where it was sitting, and that’s why they broke the window,” he said.

Police asked for the public's help identifying five males in connection with a burglary pattern involving four homes in upscale neighborhoods on Staten Island in June 2022. Rocks were tossed to gain entry to some of the residences. The photo is a screenshot taken from a video of a heist on Monday, June 20, 2022, at about 3:25 a.m. at a home in the vicinity of Benedict Road and Callan Avenue on Todt Hill. (Courtesy of NYPD)