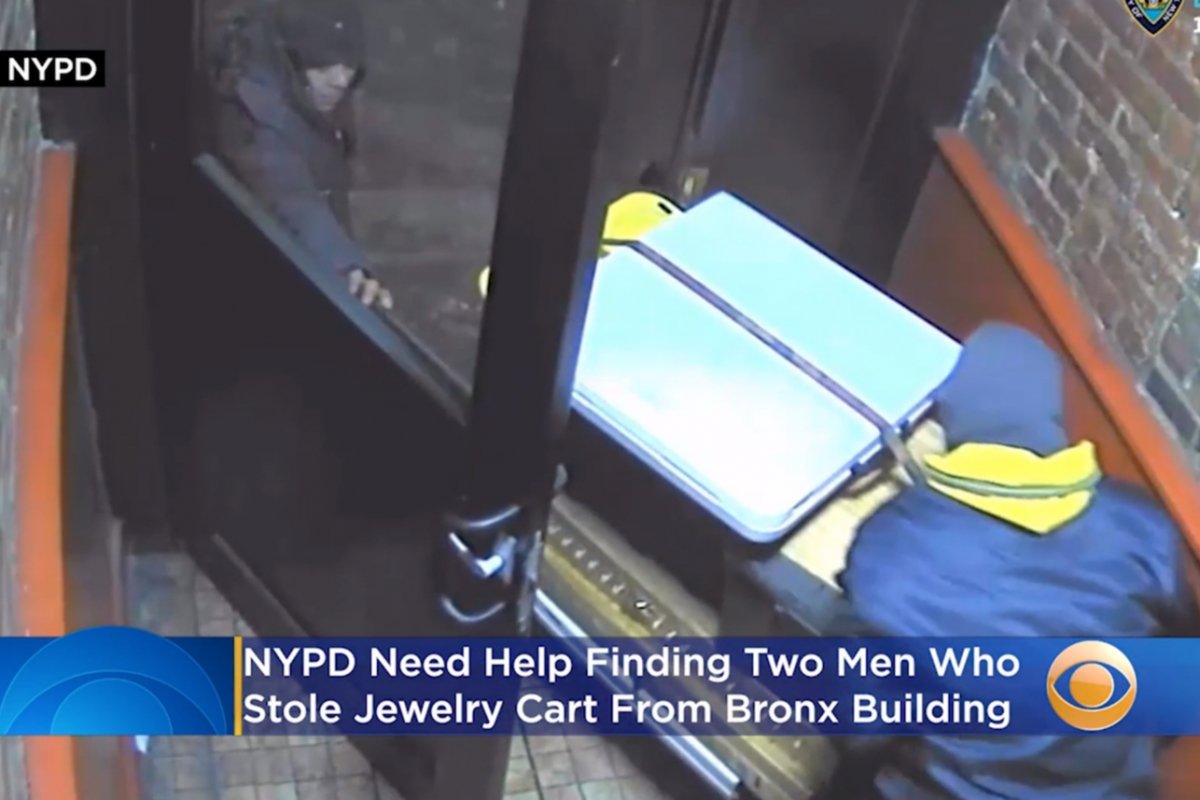 NEW YORK (CBSNewYork) – The NYPD wants your help finding two men they say stole a jewelry cart from a building in the Bronx.

It happened around 1:30 a.m. on Feb. 15. in a building at East 146th Street and 3rd Avenue.
READ MORE:Suspect Kevin Dawkins, 36, Arrested In Mass Shooting At Fairfield Township, NJ House Party; 'Not A Random Act Of Violence' Attorney General Says
Police say the victim, a 46-year-old woman, left the cart in the hallway outside her apartment. Surveillance video shows the two men wheeling the cart out of the building.

Police did not release the value of the stolen materials.

MORE NEWS:NYPD Stepping Up Patrols In Jewish Neighborhoods After Anti-Semitic Attacks
Anyone with any information is asked to call the NYPD’s Crime Stoppers hotline at 1-800-577-TIPS (8477), or for Spanish, 1-888-57-PISTA (74782). You can also submit a tip via their website or on Twitter, @NYPDTips. All calls are kept confidential.