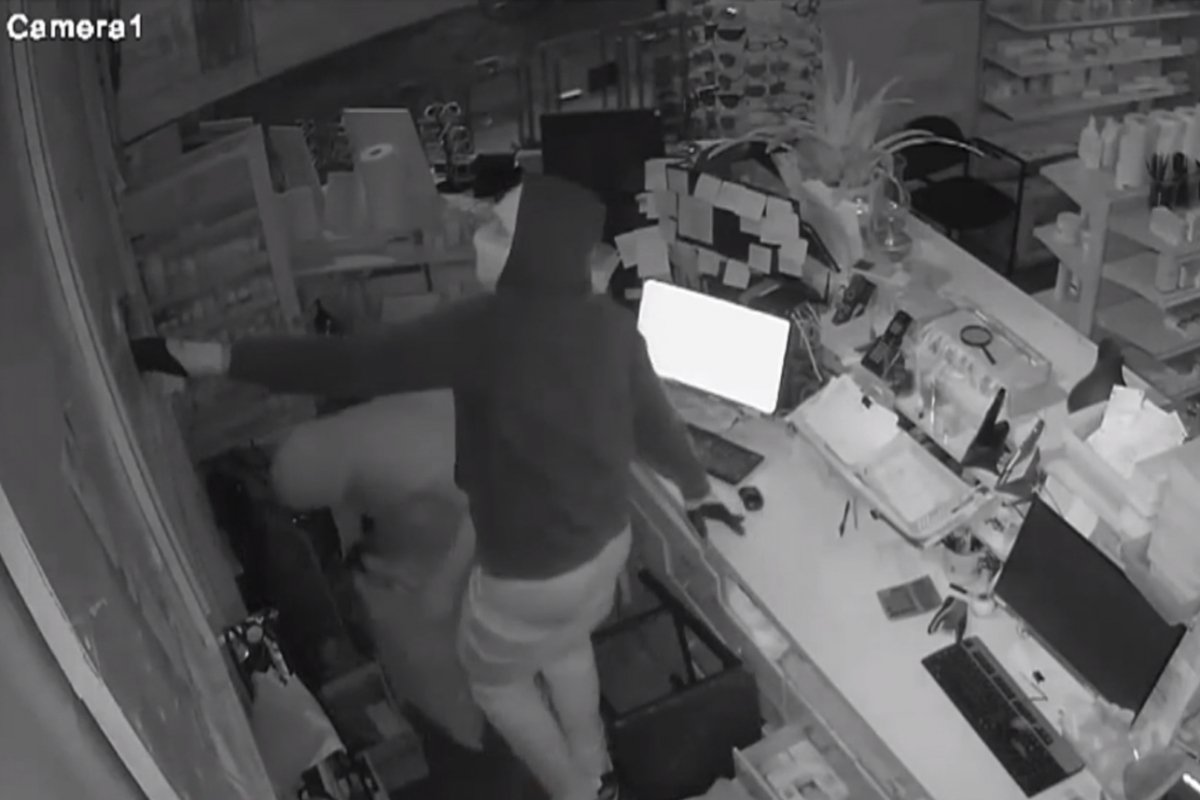 NEW YORK (CBSNewYork) — At least five mom-and-pop pharmacies have been broken into across the city.

Police say tens of thousands of dollars worth of drugs have been stolen. As CBS2’s Kevin Rincon reported Friday, it’s not the work of a lone burglar.

The front window is being replaced at the Strand Pharmacy in Astoria, Queens after police say at least two men broke in and stole an estimated $10,000 worth of prescription pills, along with $2,000 in cash.

It happened on April 13.

“They were looking specifically for controlled medication, nothing else,” said a pharmacy employee. “They didn’t take no money or anything. They just wanted narcotics or controlled substances.”

The employee and her boss said just the attempt to steal from them is heartbreaking.

“It’s terrible because we’re trying to pick up the time we lost because of COVID. So, it’s a selfish thing that they did,” Ashley, the employee, said.

“It’s a little absurd. I think that it’s shocking and we were the ones, as health care professionals, to help the community, and if we’re the ones being target now, it’s a big deal,” her boss, Regina, said. Police said three men used rocks to break through glass at the Organic Pharmacy in Astoria. They allegedly stole $27,000 worth of pills before fleeing.

On April 12, cops said three men broke into the Corner Pharmacy in Williamsburg, Brooklyn. It’s now been robbed twice, after a group of men smashed through the front window back on March 26.

In both cases, the suspects got away with pills.

“It’s sad. It’s sad what the world is come to because it’s a very nice place out here. It’s family oriented,” one person said.

It wasn’t just pharmacies that were targeted. Police say a group of men tried to rob an ATM inside a check cashing store, too.

“It’s scary, because we’re in Park Slope, Brooklyn. It’s supposed to be one of the safest neighborhoods,” said Margarito Rosario, who works at a dentist’s office nearby.

“I bring my daughter to work with me every morning. So I was kind of scared, and then she gets nervous when she sees cops,” said Michele Vila.

They see what’s happening as indicative of something else.

“This is desperate. People are desperate, the need help,” said Rosario. “This is a cry for help. This is not because people want to be criminals.”