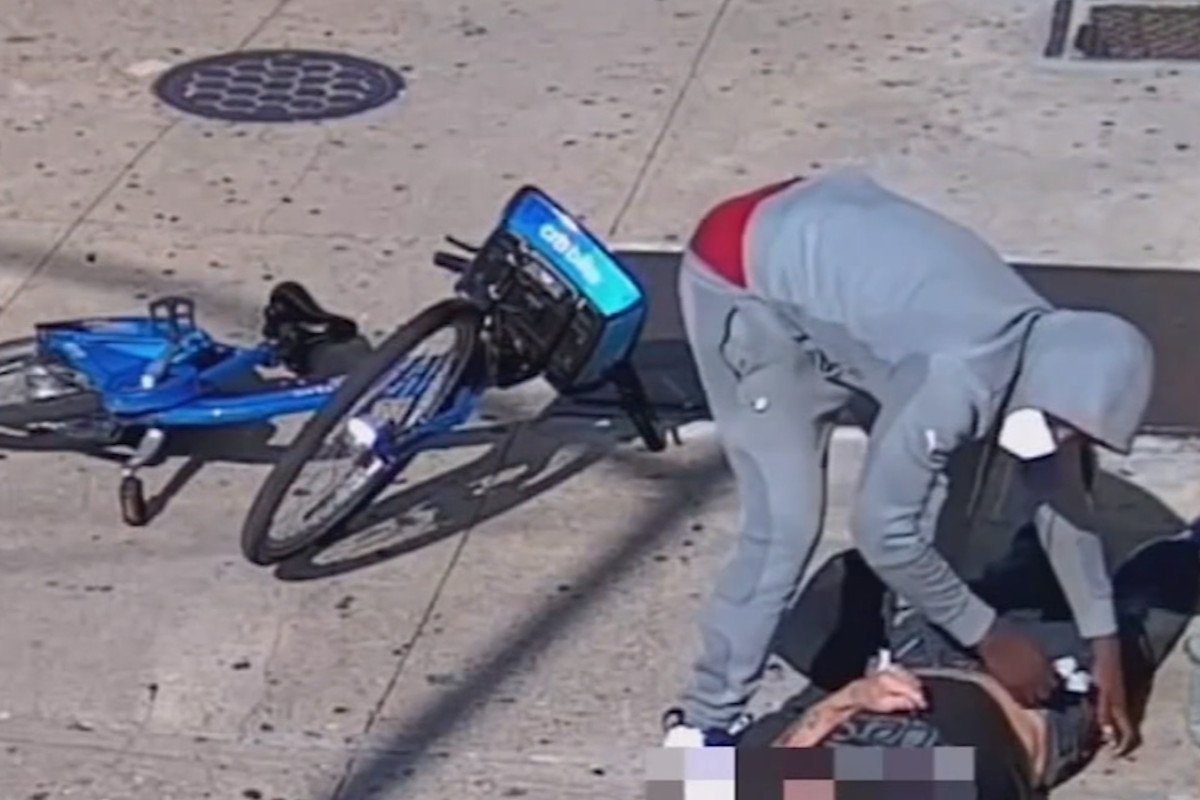 EAST NEW YORK, Brooklyn (WABC) -- Police are searching for the man who viciously beat and robbed a grandfather riding a Citi Bike in Brooklyn.

It happened on Saturday, July 24 at 9:05 a.m. near Pitkin Avenue and Barbey Street in East New York.

The 68-year-old man was riding his bike when the attacker approached him. He started to touch the victim's pockets and demand his belongings.

The victim tried to fight back until the suspect began to punch and kick him repeatedly in the head and body.

After he was beaten too badly to fight back, the robber then pilfered through the victim's pockets taking his phone and silver necklace.

The victim was taken to an area hospital and was treated for a broken wrist, broken nose, and cuts and scrapes throughout his body. He's currently listed in stable condition.

Now the victim's daughter is making a desperate plea for the public's help.

"I ask anybody if you know something please say something," she said. "Picking on the elderly...once you knocked him down, that was enough, did you have to continue doing it, continue kicking him?"

"I was in the back making sandwiches, the lady said get your gun, but I don't have no gun," Gonzalez said. "When I went outside, he was on the floor with blood."

Gonzalez said he tended to the victim after the suspect got away on Pitkin Avenue.

"I just took him and put alcohol on his face , we cleaned everything and the police came right away," he said.

The victim, who is known in the neighborhood, is recovering with family and said to be a quiet and humble guy.

His family has a message for the suspect: